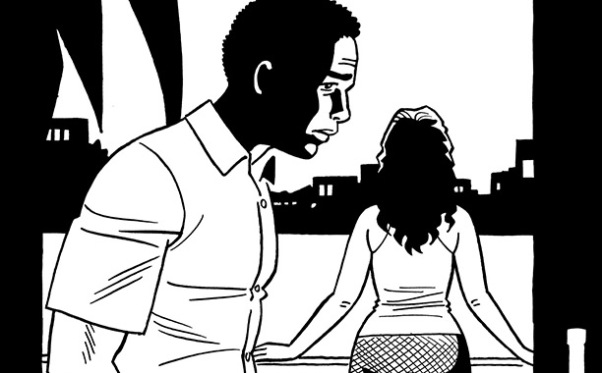 It’s rare I get a couple of hours to do some pleasure reading outside of class, work and my own writing. But today I found and read “The Cheater’s Guide to Love,” by Junot Díaz, published in The New Yorker in July of 2012. I loved The Brief Wondrous Life of Oscar Wao, and remember, vividly, feeling my heart contract and expand through its last fifty pages, and thinking, this, this is what writing can do. I know plenty have their opinions on Díaz, but there’s no denying certain books come to you at the right time, for a reason.

I can’t seem to find my copy of Oscar Wao anywhere. While moving earlier this year, I noticed that quite a few of my favorite books are missing. In its place, for now, I was curious to read a story from Díaz’s new collection, This is How You Lose Her. Apparently the stories in this group took him 16 years to write. Sixteen years! And look at this dope art that comes with the new edition: 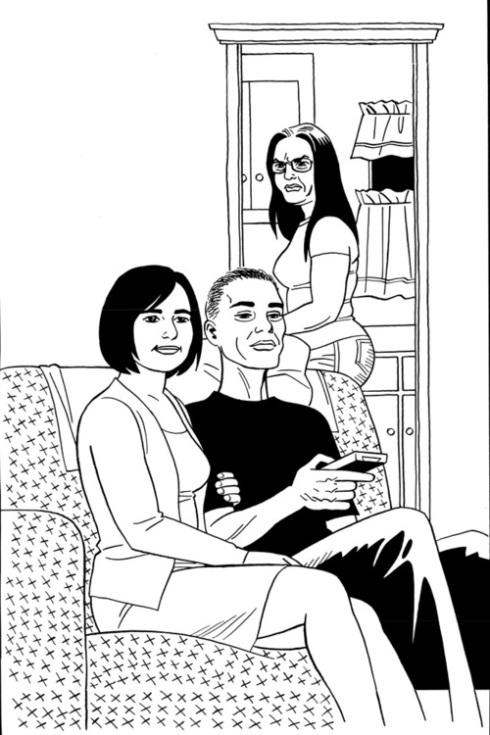 “The Cheater’s Guide to Love” features Wao’s brutal, sensual, self-destructive and eloquent Yunior. He is with a great Dominican woman for six years. He lapses, cheats throughout their relationship with about fifty (!) women. The story opens with the girlfriend finding about all his indiscretions through his e-mail archives. The fact that Yunior calls the women he cheats with sucias obviously doesn’t endear him to us. He is pretty crisply, mercilessly depicted as a rotten, weak and pathetic liar whose suffering is deserved.

In the five years following her leaving him, Yunior crawls, literally, from the basement of his soul back up to some semblance of air and light. He doesn’t get, at first, why his lost woman won’t speak to him, shutting him down at every turn. The transition, from not understanding why, to truly understanding that she will never speak to him again – this is a huge leap for Yunior’s limited imagination.

What I found compelling in “The Cheater’s Guide” was the honest, ugly truth at its core: it takes a really long time to understand the pain we cause other people. Sometimes it takes, as for Yunior, years. But we only change for the better, Díaz seems to suggest, when we make the leap of imagination and empathy into understanding how the other person suffers and has suffered at our hands. It isn’t enough to know that lying is wrong if you can’t imagine how those choices affect the people you betray.

Díaz also touches on the difficulty, for some men (not all) of imagining the inner lives of women. In an interview with NPR, Díaz talked about how he was raised to view women:

“I grew up in a world, [a] very New Jersey, American, Dominican, immigrant, African-American, Latino world…I went to college; it was basically the same, where largely I wasn’t really encouraged to imagine women as fully human. I was in fact pretty much — by the larger culture, by the local culture, by people around me, by people on TV — encouraged to imagine women as something slightly inferior to men.

And so I think that a lot of guys, part of our journey is wrestling with, coming to face, our limited imagina[tion] and growing in a way that allows us not only to imagine women as fully human, but to imagine the things that we do to women — that we often do blithely, without thinking, we just sort of shrug off — as actually deeply troubling and as hurting another human being. And this seems like the simplest thing. A lot of people are like, ‘Really, that’s like a huge leap of knowledge, of the imagination?’ But for a lot of guys, that is.”

This is fascinating to me – that men may have to take a leap of imagination to not just get to the consciousness and emotions of a woman, but to acknowledge their inner lives as real, full, human and present as their own. Wow. This makes redemption for a man like Yunior, a man who doesn’t know loyalty, look a bit different from what we’re used to.

It’s less interesting if we watched him suddenly transform into superb husband-material, committed to God, country and the Cylon-prototype woman who was “worthy enough” to make him finally become loyal. Though that ending is satisfying on some level, it takes a lot of magical thinking for it to be believable. 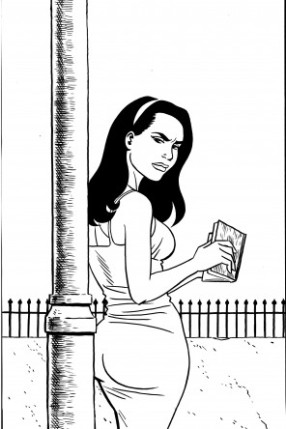 Instead, Díaz has painted a man who doesn’t have the imagination to be better for the person he loves, no matter how spectacular the woman was or how much he thinks he loved her. So his victories have to be internal. A discerning reader wouldn’t be satisfied by seeing him get happily married, because he’s so ruthlessly shown to lack the heart, the tools, the capacity, the character to be that kind of man. Instead, his redemption involves learning to imagine. And to imagine we need heart, and space in that heart to imagine the pain we cause others.

In five brutally clipped years, Yunior deals with his intimate crimes and claws through his regret. Díaz pulls no punches, writing about his shame and weakness and loss. We peek at Yunior go to yoga to work on his body; we see him flounder in each relationship; we see him bested by a man who is “nine feet tall and put together like an anatomy primer.”

In one amusing scene, he starts to get wedding invitations from the women he stepped out on his old love with:

“Wedding invitations from the ex-sucias start to arrive in the mail. You have no idea how to explain this berserkeria…Arlenny turns over the cards, quotes Oates: Revenge is living well, without you.”

Somewhere in his depression, Yunior takes up running:

“You used to run in the old days and you figure you need something to get you out of your head. You must have needed it bad, because once you get into the swing of it you start running four, five, six times a week. It’s your new addiction. You run in the morning and you run late at night, when there’s no one on the paths next to the Charles. You run so hard that your heart feels like it’s going to seize. When winter rolls in, a part of you fears that you’ll fold…but you need the activity more than anything, so you keep at it even as the trees are stripped of their foliage and the paths empty out and the frost reaches into your bones. Soon it’s only you and a couple of other lunatics. Your body changes, of course. You lose all that drinking and smoking chub, and your legs look like they belong to someone else. Every time you think about the ex, every time the loneliness rears up in you like a seething, burning continent, you tic on your shoes and hit the paths and that helps; it really does.”

Unreal. Loneliness like a “seething, burning continent” rising up inside. I have to stop and meditate on what a brilliant image that is. It’s an instance of the gem-like moments Díaz steps up in his writing, and shows us what he can really do. The macho swagger of Yunior, the graphic descriptions and slang may not be for all readers – but this lyric heartbreak staggers. The sacred and the profane slick together in a whirlpool.

Some insights I gained from this remarkable story: You don’t really escape the harm you’ve done to other people. You can sink yourself in your passions and your work; you can numb the pain; you can convince yourself you did the best you could; you can try to pretend you didn’t really hurt them that much, as it wasn’t the worst thing you’ve done; you can talk about their faults and how they deserved it until blue in the face. You can Yolo and On To the Next One as far as it gets you. Until you think you’ve finally forgotten.

Maybe there isn’t anything like karma, but one thing is for sure: life will teach you the same harsh lesson over and over again. It will grind your nose into the dirt and mud until you are forced to learn. And you might come out, if you’re lucky, with a second beginning.

View all posts by cillian19