I remember the first time I was frustrated by not having the right words. I was ten. I was in middle school. I was wracked in vague existential crisis. I was losing sleep and valuable Power Ranger viewing time over whether my choices were my own, or just other peoples’ choices foisted on me in their desire to control me. I had the vague sensation that doors I couldn’t even see yet were being shut to me.

I was truly afraid that the decisions I was making, or were being made for me, were closing off a million other life decisions. And it was true, then. As it is for all of us, every day.

That I actually wanted to do something about it makes me sure of one thing: that I was way wiser and smarter at ten than I am at twenty-nine.

I was in the car, trying to express this frustration to my dad, and I remember my inability to tell him what I meant. I had the image in my head and the feeling in my chest, but translating them into words? Impossible.

Sure – I had gotten over the obvious limitations. The sheer physical facts. I would never be a pharaoh or a Mayan king, as sick as that would have been. I wouldn’t discover a new barrier reef or capture the giant squid on film, because I was pretty terrified of the ocean. I knew it was too late to be an astronaut; I probably wouldn’t be a dancer. I would never be an Olympian.

I already knew I had to use my brain for the rest of my life in some way, and on top of that, had some weird obligation to generations of family to do so. Freaking sweet. I saw a future of this:

But the real frustration wasn’t just about uniforms and crowns that I wouldn’t ever get to wear. I had a total, throat-stopping panic that there were entire worlds of experiences I wasn’t going to have access to because I was buttoned, suited up, and barreled into some tidy future of clean repute and respectability. I was too young to have the words for what those experiences were, but the sensation was real enough for me to remember, in ways, over the next twenty years.

If I could have expressed it then, I would have said the bay doors to the space shuttle to a whole neon diamond string of galaxies with endless days had been shut sealed. And the access code was in hieroglyphic mash in a language that I would never learn. O Woe! Little Me thought.

Now, it seems ridiculous and amazing that I was thinking about my celestial fate of fates instead of playing with dolls or cars or digging holes in the mud, or whatever normal kids did. I was a very lonely little person, a machine of high achievement who made everyone around her happy with her success, and their happiness ostensibly made her happy, in an endless, grotesque candy loop.

I was in six different clubs at any time. I was editing the school paper and testing the effects of gamma radiation on plants and balling with my nerd self at science fairs. I was playing the piano for four hours a day. On the weekends, I would go to the Corcoran School in the big city to take an adult nude figure drawing class with a slew of other grown adults. I’m only disturbed now by that memory.

Back in the car, a broken record, I asked my dad: “What about all the other things I want to be? That are being closed off? Because of the choices being made for me now? What things won’t I know?” I kept repeating the questions, because I was desperate to find a way to tell him about the fear I was feeling and seeing in my dumb little heart.

The ultimate question at the core was: How do I know that I’ve chosen this life for myself? And that I haven’t just been convinced these are my choices?

I don’t remember his answer, but it was probably something incredibly cryptic, as always. Today, he’ll send texts that are meant to be comforting but instead read like bad omens: “We’re just detritus, flotsam on time’s river” (an actual text) or, my favorite:

“If it’s any comfort, our sun will eventually die and Earth will cease to exist. What matters if this is going to happen in a time frame that you care about.” 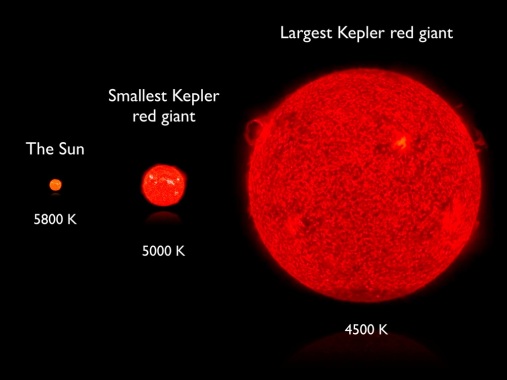 Ehl-oh-ehl: horrendous. Chew on that, little girl. So, sure. Our sun will become a red giant several thousand times its current size. Seven and something billion years from now, there will likely be no trace of our race having existed. Maybe we’ll have made it. I have some faith that we’ll make it! Sure! We might! But we probably won’t.

At most, a diamond that holds a memory card with the library of human knowledge within it will be carried within the tides of lava.

Truly, that thought doesn’t depress me. That everything will eventually disappear makes the whole drama of human existence that much more heady and incredible and ineffable enough to just weep with gratitude.

When I look at the stars I don’t feel how small we are, but how large and god-like we are. Each of us, able to create. Each of us, a creature that can think on the stars, that can think about our place in the universe…and then can talk about the stars to another creature…Incredible! That we’ve found words for the stars and ideas to describe the birth of the universe and entire systems of thought to support that idea is something to clap wildly for every day.

But the joy is that you learn, slowly, how to describe things over time in your own language.

For about eight years I had a seriously insane immersion in electronic dance music. The music, the culture, being around it, consuming it, was a singular and hopeless obsession. I’d stand in line for eight hours for tickets to Timewarp, or fly by myself across the country to see Squarepusher for a single night, neglecting all responsibilities.

What I loved most was that I couldn’t really verbalize how important the sound was to me. I began writing an essay about Detroit house music and the city’s techno pioneers for a magazine, and had an impossible time describing the very sound, feelings and experience I knew so well. I tried reading music reviews. The witty, delicate descriptions of many relied more on contextual descriptions about the history, personality and influences of and on a musician than the music itself. This was interesting, but not the approach I wanted to take.

Describing the actual sound of bass underneath seventeen different alien loops of horns, gleeps and zurps that created more emotion and hope in me than a real person could was a matter of blind stabbing with the pen. I was forced to come up with metaphors and images that I couldn’t trust in fully, but had to if I wanted a byline. I kept relapsing to describing the crowd of thousands, how others acted in response to the sound, how fans struggled to explain why a certain set was so heavy or deep. All the elements around the sound, but never the sound directly. Because there were no words for it.

Every day I see something I am thrilled to recognize I have no words for. This happened on a visit last week to the Boston Ballet to see a performance of Wayne McGregor’s 2006 Chroma. On stage against stark white, five dancers in pink and nude slips were jerking, scissoring and jackknifing, their bodies in shapes of bellows, of an octopus full before pistoning away, of birds of paradise. Body, a coiled muscle to strike. Bodies wind-milling bodies in the air.

But I smiled happily throughout, even as those words came to mind. The words weren’t enough. I couldn’t describe what I was seeing.

There is nothing I want to do more than find words for the experiences that are hardest to describe.

If that fails, well, you know. Our sun will eventually die, and the Earth will cease to exist.

View all posts by cillian19